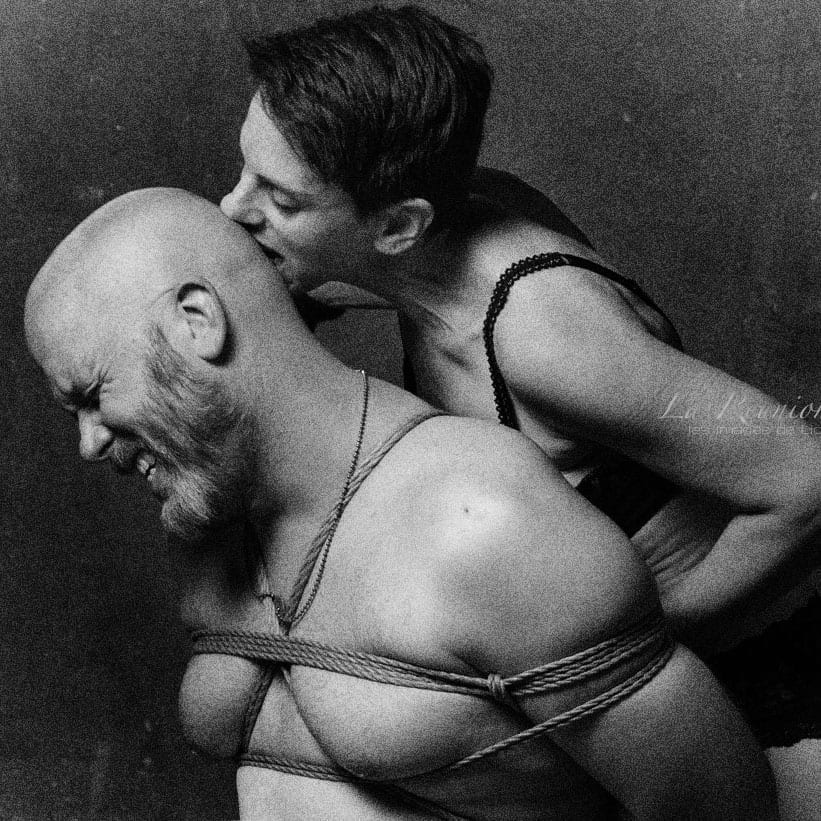 Ojipan AKA Andrew has been interested in bondage all of his life. After nearly 10 years, he began serious weekly study five years ago as a founding member of the Devil Mask Society. He is now leading instruction for the 5th and 6th Cell learning cohorts. Andrew has taught across the United States and in Canada, with highlights including Bondage Expo Dallas 2015 & 2016. He has also spent significant time as an organizer and producer of rope bondage events in Los Angeles, hosting Nawashi Kanna & Kagura, Hajime Kinoko, Kazami Ranki, Otonawa & Tsubasa, Pedro Cordas, Wykd Dave, Tiger Aiko, and Barkas. In addition, he’s produced two Ropenspace events in LA and is currently on the board of the North American Rope Innovation eXchange (NARIX).

GoodMostTimes aka Melissa started her rope education, as a bottom, in early 2012. She has since been expanding her knowledge as a switch and loves to share new techniques from both sides of a tie. Happily part of the Devil Mask Society since its inception, she is now one of the lead instructors for their Cell classes and the driving force behind many of their local events. She leads the SoCal chapter of Hitchin’ Bitches and has helped produce Ropenspace LA and the recent LA Kinoko Cyber Rope performance. Melissa has learned locally from visiting international instructors WykD Dave and Clover, Stefano Leforgia, Otonawa and Tsubasa, Kazami Ranki, Barkas, Kanna and Kagura, Pedro, Tiger Aiko, and Hajime Kinoko and Ika. She’s had a blast performing at Folsom Street Fair 2015, teaching weekend intensives with Ojipan in Indianapolis, Portland, Fresno, and Calgary, and presenting with him at Bondage Expo Dallas two years in a row. She’s excited to be presenting at Ropecraft and to be hosting NARIX 2016.