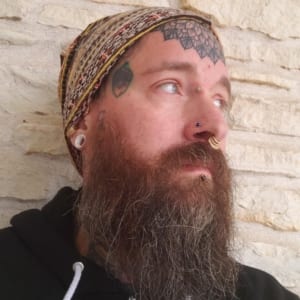 He has been actively involved in the body modification and body play community for over two decades and has been bringing those aspects into kink for nearly as long. Guru has been privileged to be an educator both nationally and locally and most of his classes can be summed up by the phrase: “How to do extremely dangerous things, in the safest possible manner.”