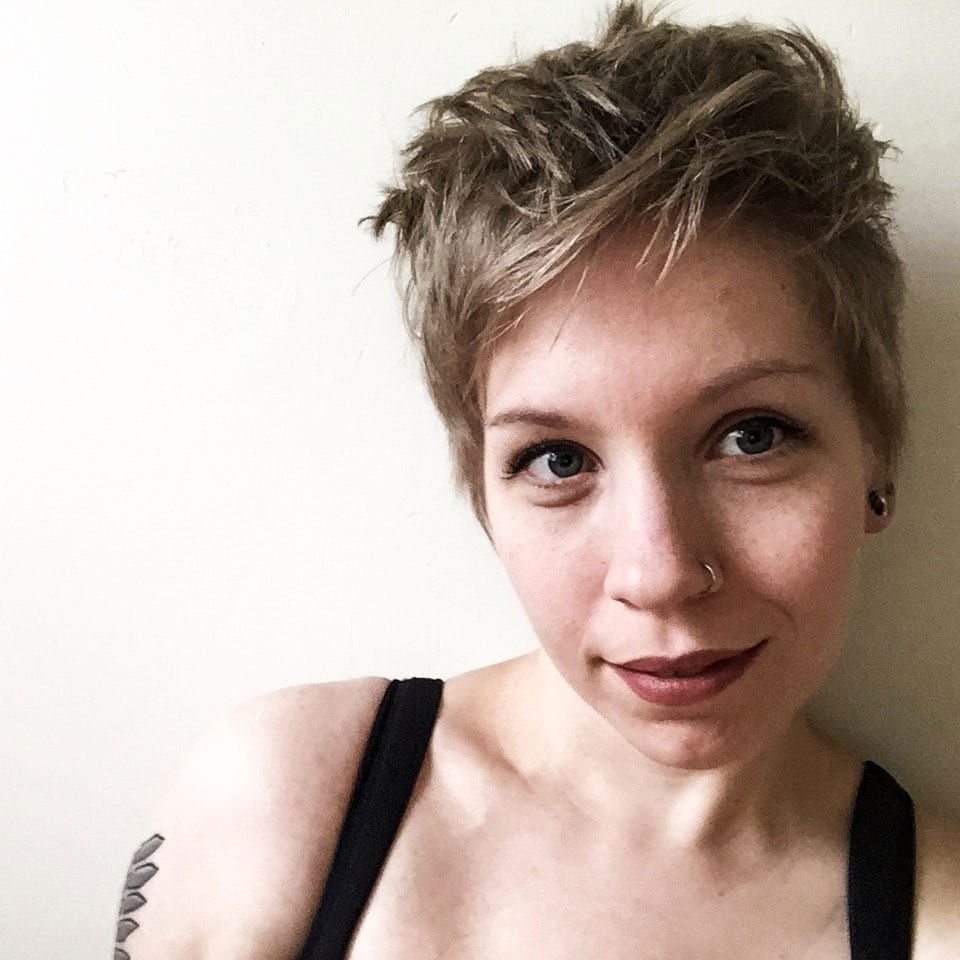 Lizard is a bondage enthusiast, with a lust for mental/emotional sadism, and neck rope. She began tying five years ago, at a rope share group known as The Knotting Circle, and since then, has aspired to be a lifelong student of rope.

Lizard gathers inspiration and knowledge from teachers, peers, and most notably, from the people that she ties. She is most well known for her innovative, “outside of the box” style of rope, which favors intention and adaptability over traditional aesthetics.

When teaching, Lizard draws from her experience on both sides of the rope, as well as her career as a healthcare professional. Her passion and sense of humor make for an engaging class while her adaptive approach to rope inspires creativity and encourages problem solving.

Lizard believes in making rope education a collaborative effort between tops and bottoms. She encourages active participation and feedback from the people who are tied in her class, so that everyone may learn from varying experiences.

Native to the DC/Baltimore scene, Lizard has taught for rope events such as Ropecraft and Bound in Boston, as well as larger kink conventions like Dark Odyssey Winter Fire, where her “Bare Bones Bondage” class received high acclaim for making rope bondage “accessible” to everyone.