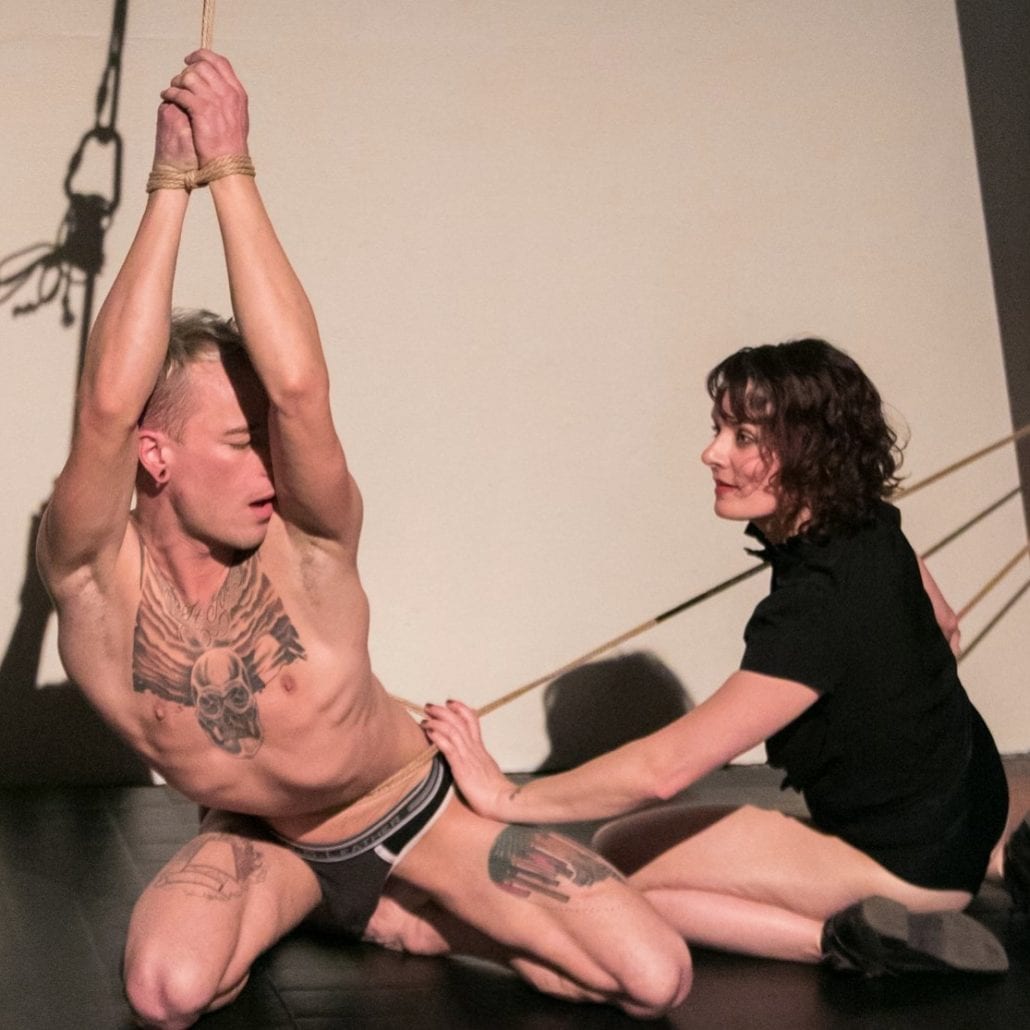 True Blue has been teaching and performing Shibari (Japanese Rope Bondage) in San Francisco, and across the U.S., since 2012.
She recently opened VoxBody Studio in Oakland, the Bay Area’s first rope-dedicated venue.
Blue is part of an active rope community in the Bay Area, teaching classes and hosting events regularly, and co-facilitating a suspension performance booth at Folsom Street Fair each year as part of BARE (Bay Area Rope Exchange).
Blue’s early years of teaching and performing had been as half of the duo Bondage Erotique, but she has also branched out, and as a rigger, to launch a Women Tying Women series, and perform at events such as Twisted Windows, What the Festival, and Vau de Vire Society productions. She is deeply committed to offering classes focused on both the rigger and bottom’s education.